Sceptre’s 27” X270W-1080P LCD is targeted primarily at PC gamers and desktop productivity segments of the market. To that extent, it packs a TN panel for higher refresh rate and lower processing lag (we’ve shown in previous tests that, for whatever reason, S-PVA panels show a significant amount of input lag), and for meeting that relatively low price point. There are caveats we’ve repeated time and time over about the TN choice, but it actually makes sense here; Sceptre wants a fast panel for gamers that likely don’t care about super accurate color tracking, and they want it to meet gamers’ budgets. 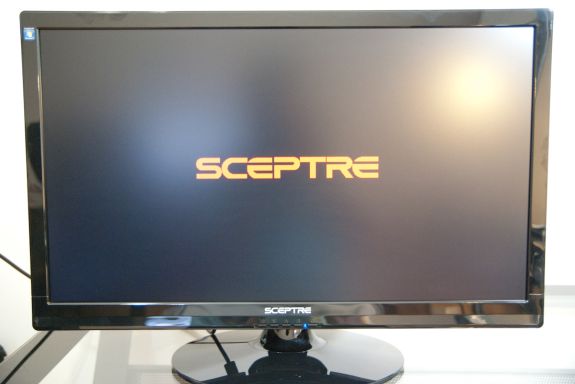 The X270W-1080P, as you’ve probably guessed already, is 1080P. At this size, we’ve got a slightly bigger pixel pitch than we’re used to seeing at 0.311 mm, but in practice it isn’t all that disturbing. In fact, a quick survey of the 27” class of monitors available as of this writing reveals that nearly all are 1920x1080. The 27” class of monitors are an odd bunch size and price wise - sitting in-between 24” and 30” displays. Jumping up to 30” brings you into a market populated with $1200 offerings with all the trimmings. In fact, the X270W’s primary competition is the Hanns•G HH-281HPB 28” LCD which sits at a similar $300 price point.

Anyhow, let’s dive into the specifications:

The X270W packs an above average selection of ports: DVI-D with HDCP, VGA, and HDMI, the latter of which is hugely important for a gaming display so users can switch between PC and a console. 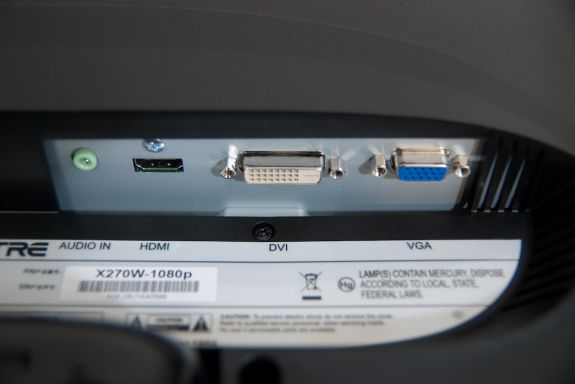 Interestingly, the X270W also packs two internal speakers rated at 3 watts per channel, but doesn’t provide any audio out options for HDMI inputs. That’s a marginal omission - arguably Xbox 360 and PS3 users alike can send audio out over optical TOSLINK to a reciever, or over analog 2 channel by using an adapter, but it’d be nice to see the option for versatility sake. Especially since there’s obviously that hardware onboard for stereo audio to work in the first place.