What to Expect with Windows 11: A Day One Hands-On

There are some big changes to the Microsoft Store model, although not all of them will be available at launch. Microsoft is dramatically changing their policies on what can go in the store, which should open the store up to more applications. Unlike the user interface changes though, the new store features/policies will be applied to Windows 10 as well.

When the Microsoft Store first appeared in Windows, it forced developers to utilize what eventually became known as Universal Windows Platform applications, or UWP apps. That nomenclature has morphed over time, and eventually Microsoft created methods for developers to publish more traditional Win32 applications in the store as well. The Windows 11 store dramatically expands this, allowing developers to publish any application built in any framework. Win32, .NET, UWP, Xamarin, Electron. React Native, Java, and of course Progressive Web Apps are now all supported frameworks in the store. This should immediately make the store much more useful to all users. 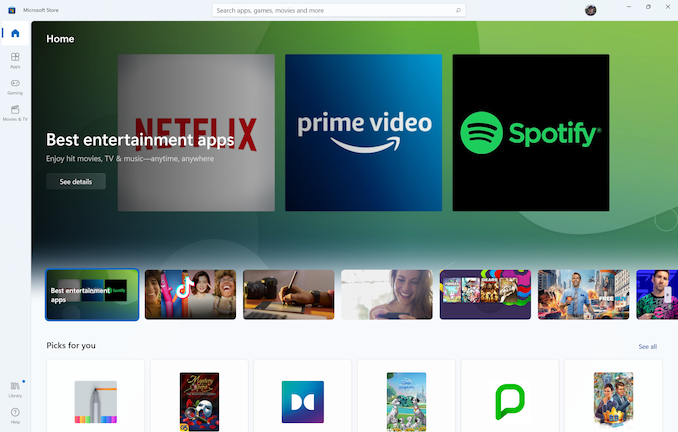 Microsoft is also changing the revenue share that they take from developers, perhaps inspired by some of the angst and anger directed at Apple’s App Store. The revenue share is now 85/15 for the developer for applications, and 88/12 for games. What’s more, if application developers bring their own e-commerce platform to their applications, whether one that is in-house or a third party one, Microsoft will take none of the revenue. In addition, Microsoft will be allowing stores within their store, so for example, Epic Games will be available through the Microsoft Store, but Microsoft will not take any of the revenue from Epic for any games sold. The only exception to these rules are video games distributed through the store – game developers will have to give Microsoft a cut regardless, which is perhaps not too surprising given that games are the single largest source of revenue on any of the app store platforms.

Overall, these are dramatic changes and should help the Microsoft Store be a place where people can actually find the apps they want and need. Which not only simplifies the install for the user, but provides a safety net compared to installing random software off the internet.

This is another key play for Microsoft to expand Windows 11 and bring additional functionality. Although Microsoft has supported tablet-style applications in Windows since Windows 8, they have never achieved very much developer support. That being said, Android tablet applications have never taken off in a way that most would have expected – Android tablets are predominantly used as portable TVs, as opposed to productivity devices – so we will have to wait and see if this is as big of a deal as promised.

The bad news is that, like many of the promised features for Windows 11, this is not available on launch day, and is scheduled to be available some time in 2022.

Install Apps from the Web 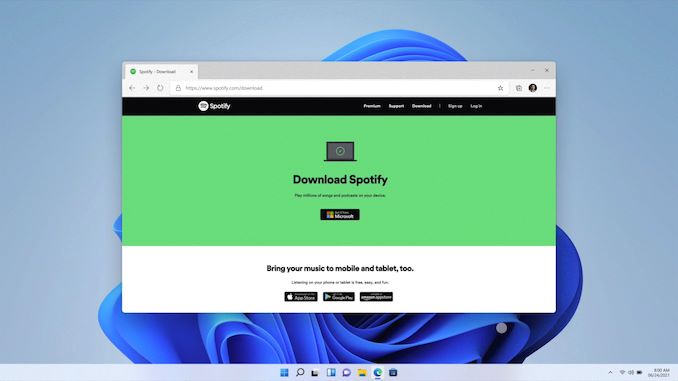 To simplify the experience, Microsoft will also be supporting a simplified install via pop-up on the web for sites that have apps in the store. This is something that other operating systems already support, but still nice to see.