In the world of crazy motherboard names, I think ASUS might have won with this one. The new ASUS Pro WS WRX80E-SAGE SE WIFI is a motherboard built for AMD’s upcoming Threadripper Pro processors featuring enough added clout to make the most of 128 lanes of PCIe 4.0.

The extended-ATX (E-ATX) motherboard uses a transposed LGA4094 socket, capable of supporting the 64-core Threadripper Pro 3995WX at 280 W. The socket uses a 16 power stage VRM design with a massive finned heatsink designed to full air from the front of the motherboard to the back in line with the socket and the memory slots, ending in the rear panel which has its own air baffle. There are eight memory slots, enabling 512 GB or 1 TB of DDR4-3200. 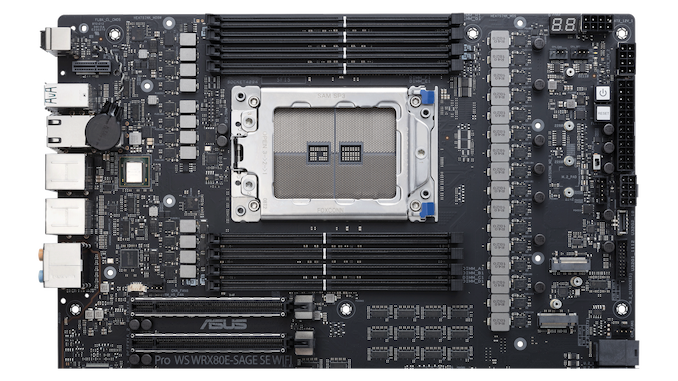 The power delivery heatsink seems to be connected to the active chipset heatsink, which in turn has additional heatsinks for all three of the board’s PCIe 4.0 x4 M.2 slots. Other storage options include two U.2 ports, eight SATA ports, and a bundled Hyper M.2 card capable of supporting another four M.2 PCIe 4.0 x4 storage drives. 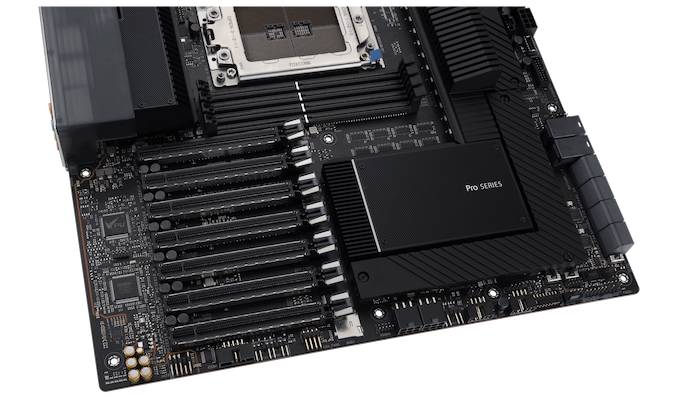 The board has seven full length supported PCIe 4.0 x16 slots for add-in cards, with these systems aimed at renderers and computational work that can add in additional compute cards. Additional controllers include an Intel X550-AT2 for dual 10 gigabit Ethernet, a baseband management controller (ASUS doesn’t say which one), and Wi-Fi 6 connectivity, likely enabled through Intel’s AX201 or AX210. 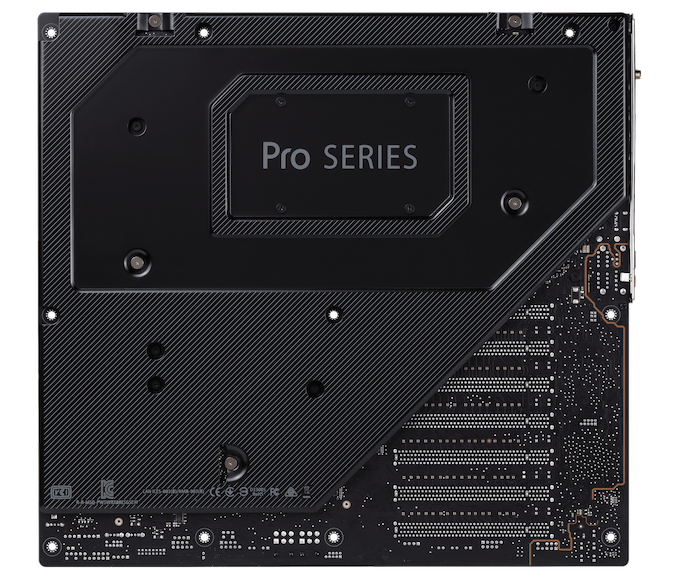 Users should also be aware that this board appears to take three 12V CPU power connectors, whereas most power supplies only take two. There are also two additional 6-pin PCIe connectors to provide power to the PCIe slots. The rear of the board contains a backplate to assist with board rigidity. 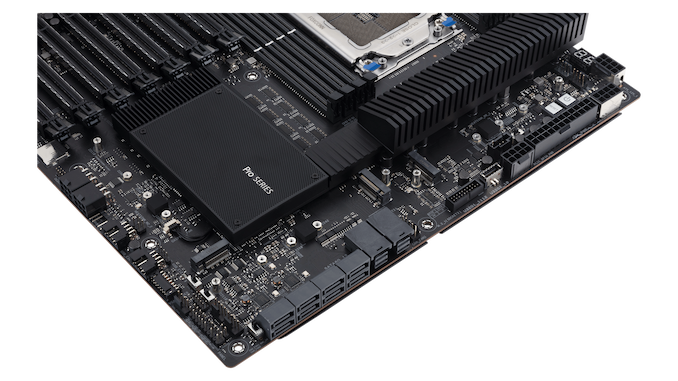 The ASUS Pro WS WRX80E-SAGE SE Wi-Fi is expected to be available in North America from March. Price is as-yet unknown.