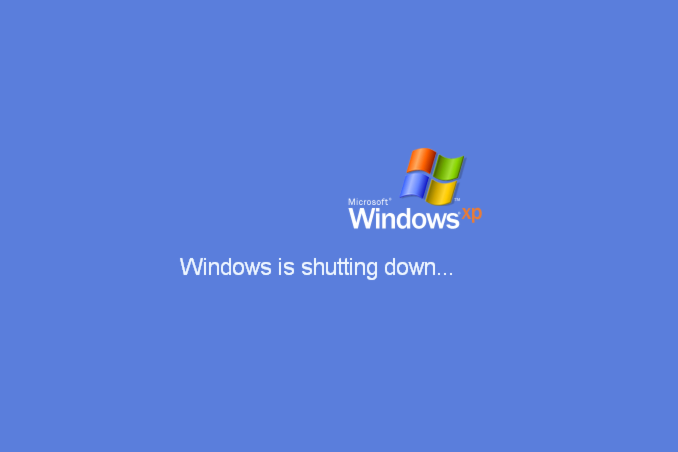 Microsoft this week ended support for the very last Windows XP-based operating system, essentially marking the end of the platform and an era. Being one of the longest living consumer operating systems ever, Windows XP’s 'official' lifespan totaled 17 years, 7 months, and 16 days.

The software giant on April 9, 2019, ended extended support for its for Windows Embedded POSReady 2009 OS, which was the last OS based on the Windows XP with SP3. Given the name, the operating system was aimed at Point of Service embedded applications and therefore was not intended for client computers. Meanwhile, the continuous support of Windows Embedded POSReady 2009 enabled some users to receive security updates on Windows XP Home and Professional SP3-based machines through the use of a registry hack.

Microsoft’s Windows XP Home and Professional SP3 designed for client PCs reached end-of-life on April 8, 2014. The company then ceased to support its Windows Embedded for Point of Service SP3 and XP Embedded SP3 in 2016. Subsequently, Windows Embedded Standard 2009 reached EOL on January 8, 2019. Finally, it is time for Windows Embedded POSReady 2009 (released in late 2008, two years after Windows Vista) to go.

Even though Windows Embedded POSReady 2009 operating system will no longer be supported by Microsoft, many organizations and individuals will keep using it either to maintain compatibility with software or hardware applications they use (for example, manufacturing equipment made in the 1990s or the 2000s) or for other reasons. Therefore, it is safe to say that Windows XP will still be in limited use after whopping 17.5 years on the market. In fact, it should be pretty safe to use the OS on computers not connected to the Internet and not using USB drives (or other potentially insecure storage devices).

Without any doubts, Windows XP was a legend that in many ways helped to shape the PC market as we know it today and outlived at least one of its successors. Nonetheless, every legend comes to an end.