Microsoft Announces Move to Chromium For The Edge Browser

Today Microsoft has officially announced it is going to abandon its EdgeHTML and Chakra scripting engines, and move to Chromium for their first-party web browser, Microsoft Edge. This is big news for the company that once dominated the web browsing market. There’s a lot of reasons for this change, and the move is a good one, but it’s also a little sad for the web as a whole.

Despite being the built-in browser on Windows 10, which is installed on around 700 million active devices, Edge owns just a tiny fraction of the desktop browsing market. Google Chrome is far and away the leader here, and with Google’s relentless update schedule, there is no indication of this reversing anytime soon. I recall when Google Chrome was first launched, and wondered if the world really needed yet another browser, and clearly the answer was no. The only thing was the no was not for Chrome.

With such a small share of the market, and Edge only available on Windows 10, developers would often never even see if a website worked on Edge or not. Even though Edge was the most standards compliant browser Microsoft ever shipped, that still was not enough for a perfect web experience on every site. If users ran into an issue, they would just move to Chrome even if they had given Edge a chance.

The move to Chromium as the underpinnings of Edge should improve the situation quite a bit. As well, Microsoft will be releasing versions of Edge based on Chromium for Windows 7, Windows 8, and even macOS, in addition to Windows 10. This should help developers who use those platforms test Edge if they need to.

In addition, Edge has been powered by Chromium on Android already, so the team is at least somewhat familiar with what it can do. 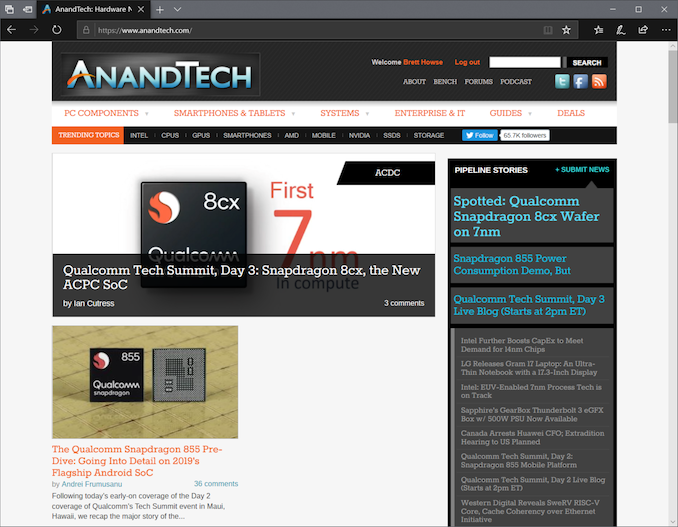 Goodbye EdgeHTML - we hardly knew you

Microsoft is has been heavily involved in open-sourcing its own software lately, and with Edge it will now join the Chromium community with their own contributions. Microsoft has committed to still advancing web standards, and bringing the current advantages from Edge over to Chromium, such as the accessibility and security features. By embracing Chromium, they will be having a much larger impact on the web than they ever could have maintaining their own code, so it should be a win for people who never even use Edge.

It’s sad that the web has evolved into this, and although you can’t really compare the world of IE6 to today, there are similarities there that can’t be forgotten, but for Microsoft and its users, this is a good move, and we look forward to seeing how the project evolves.