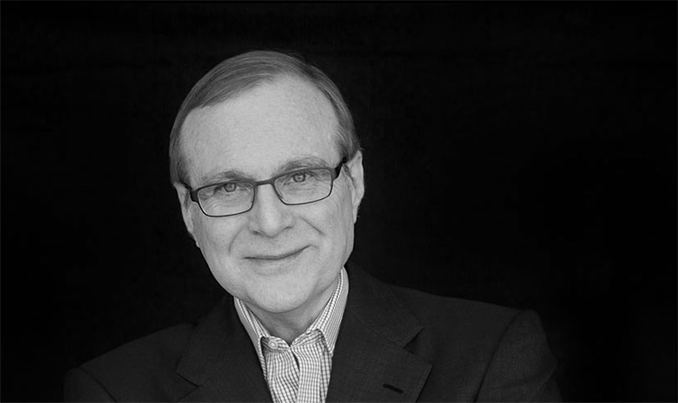 Paul Allen, the man who co-founded Microsoft with Bill Gates, died on Monday, October 15, 2018. Mr. Allen left Microsoft in 1983, but remained in its Board of Directors till November 2000. In the recent years Paul Allen focused on various investment and philanthropic activities. He was 65.

“Paul Allen’s contributions to our company, our industry and to our community are indispensable,” said Satya Nadella, CEO of Microsoft, in a statement. “As co-founder of Microsoft, in his own quiet and persistent way, he created magical products, experiences and institutions, and in doing so, he changed the world. I have learned so much from him – his inquisitiveness, curiosity and push for high standards are something that will continue to inspire me and all of us at Microsoft. Our hearts are with Paul’s family and loved ones. Rest in peace.”

Paul Gardner Allen was born on January 21, 1953, in Seattle, Washington. He attended Lakeside School, where he met Bill Gates, with whom he shared a passion for computers and programming. Eventually Mr. Allen would drop out of Washington State University to work as a programmer, and then convince Bill Gates to drop out of Harvard in order to establish Microsoft. In fact, it was Paul Allen who came up with an idea about the name of the company, only in 1975 the future software giant was called Micro-Soft.

Along with Bill Gates and Monte Davidoff, Paul Allen is recognized as a key developer of Basic computer language for Intel 8080-based MITS Altair computer, the world’s first native high-level programming language for a processor. Meanwhile, later on Paul Allen admitted that his strongest side was not programming, but rather research and strategic planning. In fact, he organized a deal that got Microsoft QDOS operating system after the company landed a contract with IBM to develop DOS in 1980. Furthermore, he envisioned emergence of mobile computers and smartphones in 1977 as well as the Internet in 1980.

Paul Allen left his executive position at Microsoft on February 18, 1983, but remained on the BOD and was elected vice-chairman eventually. In November 2000 he resigned from the board and left Microsoft once and for all. Meanwhile, Microsoft stock he owned eventually enabled him to become a billionaire in 1986 when Microsoft went public.

After leaving Microsoft, Paul Allen concentrated on his investment business. He invested into countless technology companies, real estate, and ultimately acquired the Seattle Seahawks (NFL) and Portland Trail Blazers (NBA), branching out to sports. Mr. Allen was the sole investor in SpaceShipOne, which completed the world’s first manned non-government-funded spaceflight in 2004. In his private life Paul Allen was a big music lover and a philanthrope, who spent over $2 billion on various causes ranging from science and education to wildlife conservation, and from arts to health. He also owned the Octopus yacht, one of the world's largest yachts at 122 meters long. His net wealth was estimated at $21.7 billion by Forbes magazine recently.

Paul Allen was diagnosed with non-Hodgkin’s lymphoma and battled with it in 2009. On October 1 he said that the disease had returned.