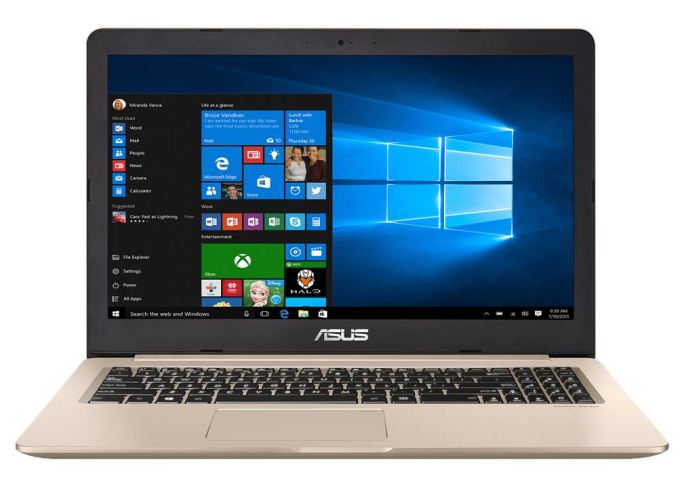 With Computex now in full swing, earlier today Asus took the wraps off of their latest VivoBook laptop, the VivoBook Pro 15 N580. Starting at $799, the 15-inch brushed aluminum laptop comes with an Intel quad-core processor, and NVIDIA GTX 1050 graphics, with an optional 4K display.

Of the information Asus has released so far, the company has released the base price, but not the prices of the higher-end configurations. At the $799 base model will include an Intel Core-i5 7300HQ CPU, 500 GB HDD, and a 1080p display. Meanwhile the high-end model will have a Core-i7 7700HQ, 4K full sRGB screen, NVIDIA GTX 1050 graphics, 16GB of RAM, and both a 512GB PCIe SSD and a 2TB hard drive. Asus will also be including Intel’s Optane Memory for faster storage performance (though it’s not clear if this is just for HDD models or all models).

Considering its plethora of high-end components, the VivoBook Pro's 4.85-pound weight and 0.75-inch thickness are quite reasonable. The VivoBook Pro uses a dual-fan system to keep its powerful components from getting too hot. During a brief hands-on, the laptop felt solid and sturdy in my hands and its metal deck was pleasantly cool to the touch.

The VivoBook's backlight keyboard felt sturdy snappy under my fingers and didn't even have a hint of flex. Its buttonless touchpad had just the right amount of friction and resistance for each click.

Asus claims that the optional 4K screen on the VivoBook covers an impressive 100 percent of the sRGB color gamut. In my brief time with the laptop, it was difficult to tell how vibrant the colors were as the background and icons the company displayed were rather bland. 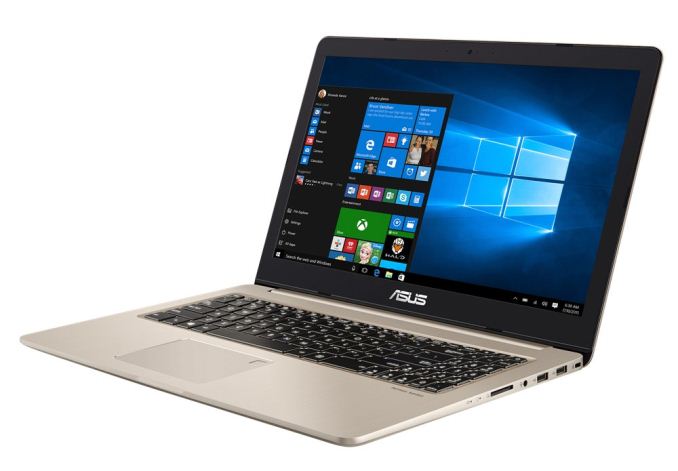 The VivoBook Pro doesn't skimp on ports. Its left side contains an Ethernet port, a USB 3.0 connector, HDMI out and a USB Type-C port. The right side houses two more USB 3.0 ports, an SD card reader and a 3.5mm audio jack. It's a shame that Asus didn't put a Thunderbolt 3 port on this laptop, but that would have likely added to the cost.

Asus hasn't announced a release date for the VivoBook Pro. However, depending on just what the base configuration is like and how much the higher-end models cost, this laptop could be a great buy for design students or anyone that needs to do creative work, without breaking the bank.

Avram Piltch Contributed to this Report