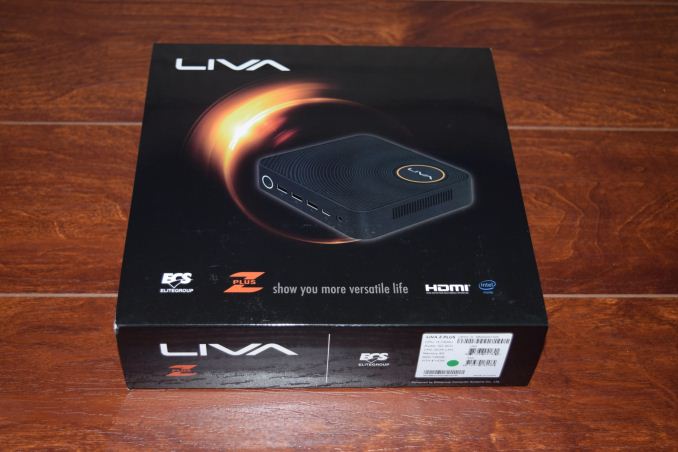 Ultra-compact form factor (UCFF) PCs for business deployments have become popular in the recent past. Compared to traditional UCFF PCs, these business use-cases require ease of management and administration by IT staff. Intel supplies a set of features under the vPro tag for this purpose. This is enabled on select CPU SKUs. OEMs also have limited options for certain components such as the LAN controller. ECS launched the LIVA Z Plus earlier this year, and it was one of the first Kaby Lake UCFF PCs to come with a vPro SKU.

UCFF PCs have traditionally catered to the consumer market. We have seen a few systems from the likes of Logic Supply, and even Intel itself, that cater to the business and industrial PC segment. The key here is the use of a CPU with the vPro features enabled. Such systems have usually carried a premium compared to their home consumer-targeted counterparts. The LIVA series of UCFF PCs from ECS has made a mark in the market by focusing on the value segment. While a majority of the LIVA models have been based on the Atom platform, ECS has tried to expand its reach with the LIVA Core (based on Broadwell-Y) and the LIVA One (mini-STX platform based on Skylake).

The LIVA Z Plus from ECS brings Kaby Lake-U to the table with vPro enabled. The platform feature set and pricing, as is usual with ECS, makes it target the developing markets. The LIVA Z Plus comes 'barebones' in the sense that the end-user only needs to supply the OS. The system has two DDR4 SODIMM slots, with one 4GB SO-DIMM installed. A M.2 2242 SATA / PCIe SSD slot is available, and ECS supplies a 128GB SATA SSD in the sole SKU that is planned for the retail market. That SKU comes with a Core i5-7300U, but ECS is also ready to equip the systems with either a Core i3-7100U or Celeron 3965U. However, those two variants are not vPro-capable.

ECS sampled us a pre-production engineering sample of the LIVA Z Plus. The key differences compared to the version slated to ship eventually were an out-of-date ME firmware and system BIOS (that prevented us from testing vPro features such as Intel AMT etc.). The full specifications of our review configuration are summarized in the table below.

The ECS LIVA Z Plus package comes with a 65W (19V @ 3.42A) AC adapter and a VESA mount / screws in addition to the main unit. Windows 10 is the only officially supported OS, and all the drivers were downloaded on our review unit from the ECS website. 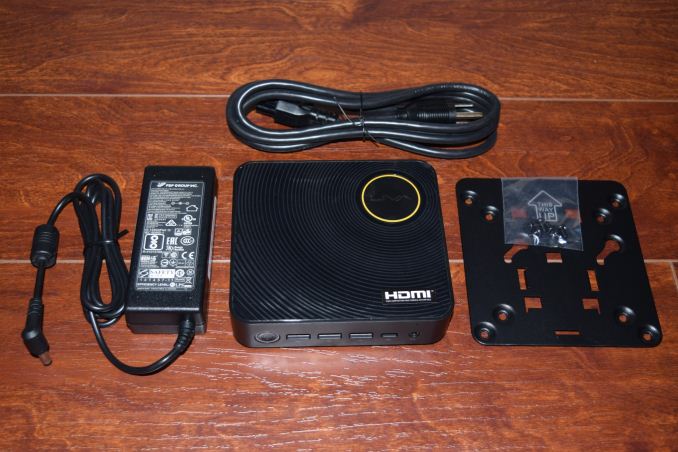 One of the interesting hardware components in the LIVA Z Plus is the integrated digital microphone (similar to the LIVA Z). This allows the end user to configure it as an always-listening machine (if needed), without the need to connect an external microphone. The other selling point is the availability of two GbE RJ-45 ports. While one port uses an Intel Ethernet controller, ECS has taken the cost factor into consideration and opted for a Realtek controller behind the second port.

The industrial design is attractive and the unit feels solid. The chassis is made of plastic (not uncommon at the targeted price point). The internal thermal design (pictured in the above gallery) involves heat drawn away from the main package via two heat pipes to a finned heat sink. A miniature fan is attached to the underside of the chassis top to blow air through the heat sink. There are vents on either side of the chassis, but, it is not clear if the vents are engineered in a way that allows inlet air flow in conjunction with the fan's placement. In any case, we will take a look at the effectiveness of the thermal design in a later section.

The Kaby Lake-U platform is very similar to that of Skylake-U. We have discussed the distribution of the high-speed I/O lanes in many reviews in the past. The relevant aspect here is the way the lanes are utilized in the ECS LIVA Z Plus. Note that the PCIe lanes used for the M.2 slot are not reported here since the system was configured with a SATA SSD.

In the table below, we have an overview of the various systems that we are comparing the ECS LIVA Z Plus against. Note that they may not belong to the same market segment. The relevant configuration details of the machines are provided so that readers have an understanding of why some benchmark numbers are skewed for or against the ECS LIVA Z Plus when we come to those sections.