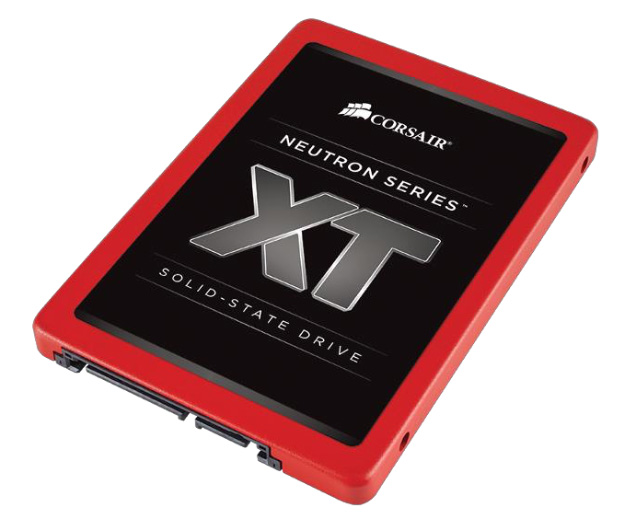 The ugly truth is that the SSD market has been tough for almost all the typical PC component vendors lately. With Samsung, SanDisk, and Micron/Crucial being serious about the client market, it's not easy for other companies to find a way to provide any substantial advantage over the big brands. The fab owners will always enjoy a cost advantage, which is why we have seen a few companies backing off from the market and many more for whom SSDs have become just another series in the pool of products.

This is what could be said to have happened at Corsair. While the company has never been super aggressive on the SSD side, the past year or so has been very quiet. There have been a couple of new releases, such as the Force LS and Force LX, but nothing close to the exclusive deal Corsair scored with Link A Media (LAMD) two years ago.

One way to perceive whether a company is serious about a specific model is with the media sampling process. If there is no embargo and only one capacity is available for review, then historically the product has not been a substantial or interesting release. If, on the other hand, there is an official release date and the manufacturer samples several of the available capacities, then this can be a sign that the product might be a bit more special. This is never a hard and fast rule, and it is always welcome to be surprised. 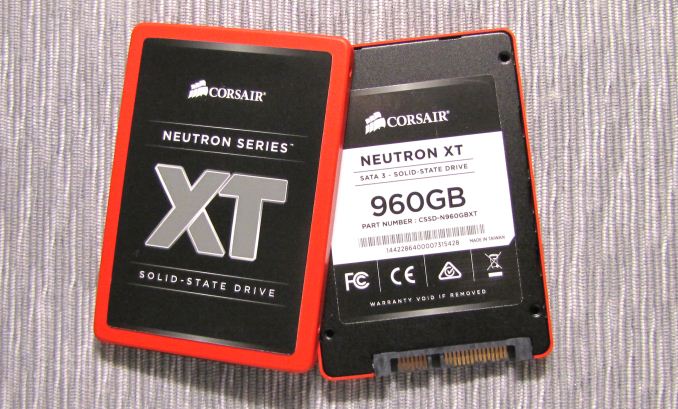 From the title, the Neutron XT from Corsair is a member of the latter case. This is the first time Corsair has offered us the full set of drives since the original Neutron and Neutron GTX, and the Neutron XT is the first drive to ship with Phison's new S10 controller. 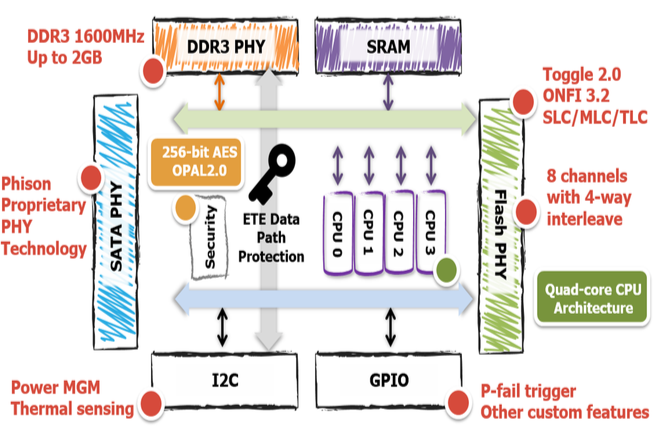 Phison actually sent us reference design samples of the S10 prior to Corsair, but we were asked to review the Neutron XT first (as Corsair is a household name while Phison is pretty much the opposite). However, Phison asked us to save the technical analysis of the controller and its architecture for the separate reference design article, so I'll keep to the basic details for now; stay tuned for a more in-depth analysis of the S10 in the next two weeks.

The biggest change in the S10 compared to the S8 is the upgrade to a quad-core CPU architecture. Three of the cores are dedicated to internal flash management (garbage collection, wear-leveling etc.), whereas one will handle the host operations. The NAND channel count remains at eight like in the S8, which seems to have become the standard for client-grade controllers. Capacity support goes as high as 2TB and the S10 design can also support TLC NAND, although that is not fully ready yet.

EDIT: Corsair had an error in the reviewer's guide, so the warranty is actually five years similar to the original Neutron series.

Corsair is offering the Neutron XT in three capacities: 240GB, 480GB and 960GB. The Neutron brand has always been more of a high-end enthusiast/gamer brand, so it makes sense to skip the 120GB model because the majority of the target population will be aiming at 240GB at a minimum. 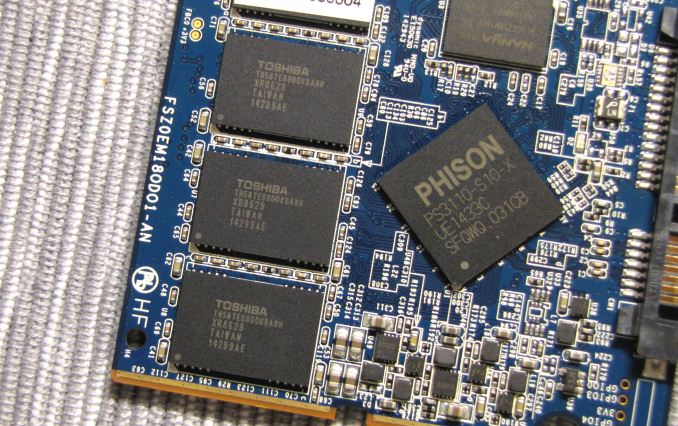 Like many platforms on the market, the S10 features a page-level parity scheme that Phison calls 'Page RAID ECC Parity' to protect against NAND failures. Unfortunately Phison couldn't disclose the parity ratio (i.e. how much NAND is dedicated to parity), which makes calculating the exact over-provisioning impossible, but I was told that the feature only provides page-level protection and can't tolerate a full block or die failure.

Corsair is not announcing pricing yet because the drive is not officially launching until early December, which would subject the prices to fluctuation. However, I'll make sure to update this article with the pricing information once that becomes available.

For AnandTech Storage Benches, performance consistency, random and sequential performance, performance vs transfer size and load power consumption we use the following system:

Thanks to G.Skill for the RipjawsX 32GB DDR3 DRAM kit

For slumber power testing we used a different system: