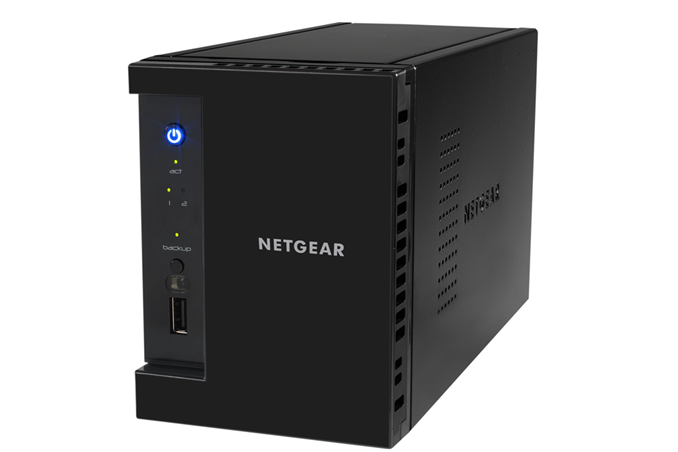 x86-based NAS units targeting SMB consumers are usually of the 4-bay or more variety. However, there is a growing market for 2-bay high-performance units. Almost all major NAS vendors have an Atom-based 2-bay SMB NAS unit. We have not reviewed any 2-bay x86-based NAS units before, but a number of such units have been evaluated in our testbed. Over the next couple of weeks, we will be looking at some notes from our evaluations. Today, we are going to look at Netgear's 2-bay SMB offering, the ReadyNAS 312.

In terms of redesign, ReadyNAS OS 6.0 is the most ambitious yet. Unlike other NAS vendors who opt for the safety of the proven EXT3 / EXT4 file system for the internal volumes, Netgear has opted for the cutting-edge BTRFS. The benefits of BTRFS over EXT3 / EXT4 are numerous. These include checksumming for integrity, in-built snapshotting mechanisms, continuous defragmentation, online data compression, scrubbing with error correction and built-in storage pools which make a separate LVM unnecessary. Compared to ZFS, the memory requirements are more manageable, but, deduplication support in ZFS is much better. However, there is an impression amongst some IT folks that btrfs is not stable enough for deployment in production environments. Netgear indicates that btrfs is part of Oracle's production kernel and, currently, the same code and kernel are being used in ReadyNAS OS 6.x.

The specifications of the RN312 are provided below:

The ReadyNAS 312 runs a Linux kernel (v3.0.87). Other interesting aspects of the platform can be gathered after gaining SSH access into the unit. 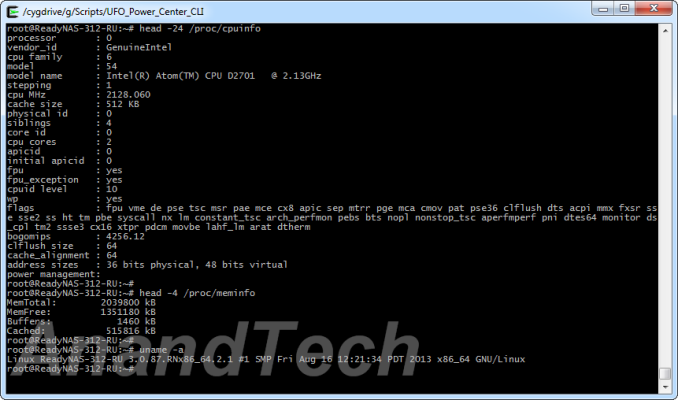 In the rest of the review, we will cover the setup and usage impressions followed by a description of our testbed setup and testing methodology for the ReadyNAS 312. This is followed by benchmarks in single and multi-client modes. For single client scenarios, we have both Windows and Linux benchmarks with CIFS and NFS shares. We will also have some performance numbers with encryption enabled. In the final section, power consumption numbers as well as RAID rebuild times will be covered along with some closing notes.