I've been on a bit of a tablet kick lately, so even if you have dinner with me—tablets are bound to come up (I only break out the SSD conversation for the truly patient). Last week I had the pleasure of having dinner with Tony Tamasi and Jim Black of NVIDIA, and of course—tablets came up.

I've been thinking about device synergy, something I brought up in our PlayBook review. The problem is as follows: if I'm on my desktop with half a dozen tabs open and perhaps a PDF as well, but I decide to switch over to a tablet—there's no quick way that I can transition my reading environment between the devices. What I have to do is sit down on the couch, whip out my tablet, and manually navigate to each website and redownload/open the PDF. What I'd like to do is something along the lines of HP's Touch to Share, but just on a larger scale. 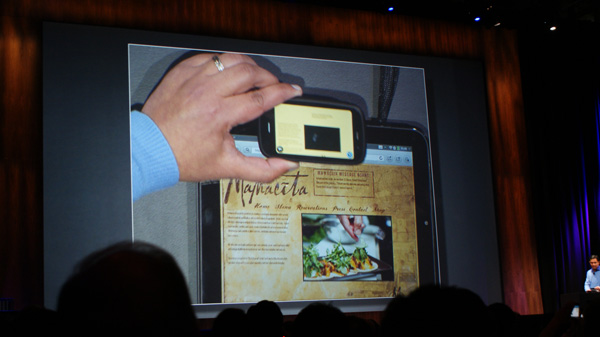 I posed this question to Tony when he asked me about future tablet technologies. From Tony (and NVIDIA's perspective), the problem is a non-issue because eventually all computing is done on your smartphone and you simply dock it from one set of input/output devices to the next. At your desk you'll dock your smartphone to a large display, keyboard and mouse. On the go you'll either have your smartphone or dock it into a notebook like chassis. Presumably you'll have a mid-sized display you could tether it to for tablet use as well.

NVIDIA isn't the only company that believes in the future of dockable computing. Earlier this year Motorola released the Atrix, arguably the best overall Android phone on the market today, with an optional laptop dock. While Motorola's docked experience wasn't all that great, treat it as a proof of concept—there's potential here. 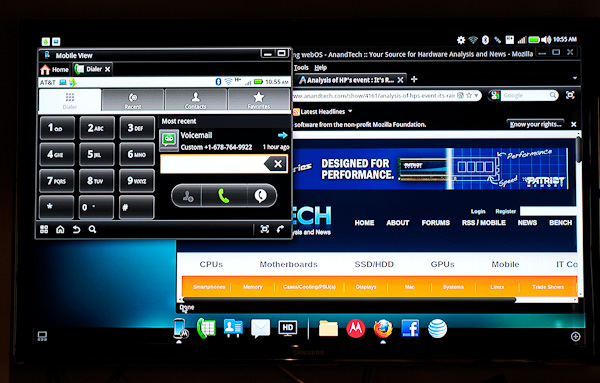 You might argue that Motorola's shortcomings with its laptop dock are a result of its unfamiliarity with making PCs; after all Motorola has never shipped a laptop, just smartphones. You might also argue that a PC maker would have an easier time delivering a more polished, functional solution. You might assume that a company like ASUS might be a good candidate for such a thing. You'd be right. 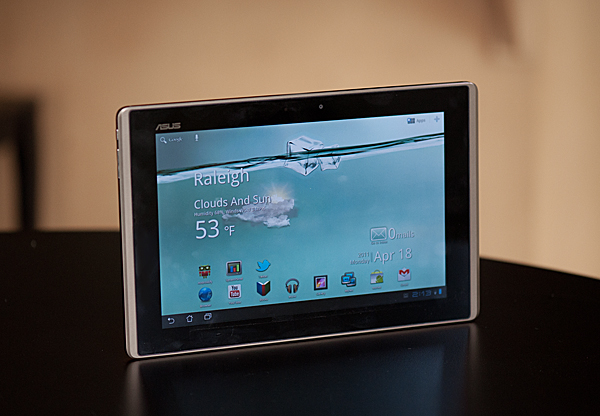 Technically it's called the Eee Pad Transformer TF101 thanks to its ability to transform into a netbook/notebook with an optional keyboard dock and ASUS' inability to shy away from long model names. From here on out we'll just call it the Eee Pad.

At a very high level, the Eee Pad is yet another Honeycomb tablet. It's got an NVIDIA Tegra 2 SoC, 1GB of LPDDR2 memory, a WiFi radio, and 16GB of NAND on-board. Delve a little deeper and the story quickly becomes more interesting.

We'll start at the price: $399 for 16GB WiFi. That's $100 cheaper than the equivalent iPad, and $200 cheaper than the lowest priced Xoom. I've often called tablets luxury devices, but ASUS is putting the price pressure necessary on these things for the market to really thrive. While $399 isn't into the "why not?" category just yet, I like where ASUS is headed with this. In other words, I don't believe $399 is the floor here either. Up to now tablets (and smartphones) have been a cash cow for those involved. I don't mind there being premium offerings; I just also want to see something more affordable.

The low price point alone is enough to make the Eee Pad worth considering if you want an Android tablet, but surprisingly enough ASUS didn't sacrifice much in the way of quality to hit it. 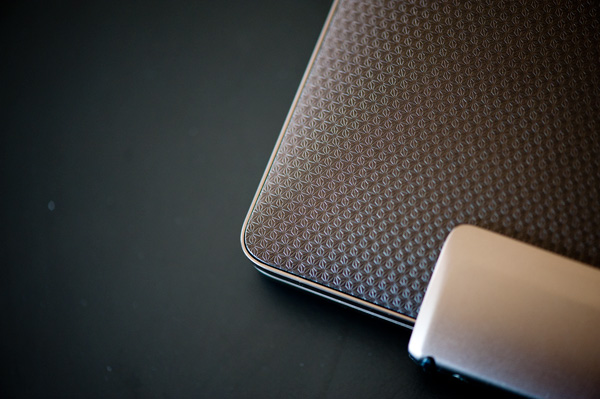 The chassis isn't all metal, nor is it soft touch plastic, but that's not to say the feel is bad at all. On the front you've got mostly glass surrounded by a thin strip of metal that wraps around the Eee Pad. Around back there's a textured plastic covering that seems oddly reminiscent of a notebook (the foreshadowing here is quite thick). 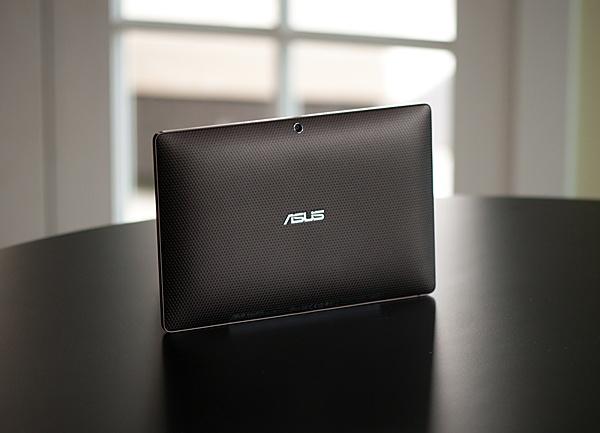 The feel is what's most surprising about the Eee Pad. Despite not spending a ton on materials, ASUS managed to build a very comfortable to hold and use tablet. There's a bit of creakyness in the back plastic if you squeeze the Eee Pad, but it's not enough to make the tablet feel cheap. A benefit of not being made of aluminum is I'm not as afraid to set the Eee Pad down on a table as I am the iPad. It feels more rugged, more casual.

The Eee Pad has the thickness of an original iPad without the density, so it doesn't feel as fatiguing to hold—partially due to its larger size. It's definitely the largest ARM based tablet I've used, making it suboptimal for porting around town, but it's very nice to use at home. The Eee Pad is like the comfort food of tablets; it's not the most exquisite but it just feels good. My only complaint about the design is thickness. The iPad 2 and new Galaxy Tab have spoiled us here. I suspect we'll get a nicely redesigned version with Kal-El by the end of the year if NVIDIA works hard enough.

When cutting costs the display is usually the first to go, but thankfully our complaints have been heard. Not only has ASUS improved display quality on the notebook side, but the Eee Pad ships with an IPS panel guaranteeing good viewing angles and image quality. The display is a Xoom-like 1280 x 800 and measures 10.1-inches on the diagonal. 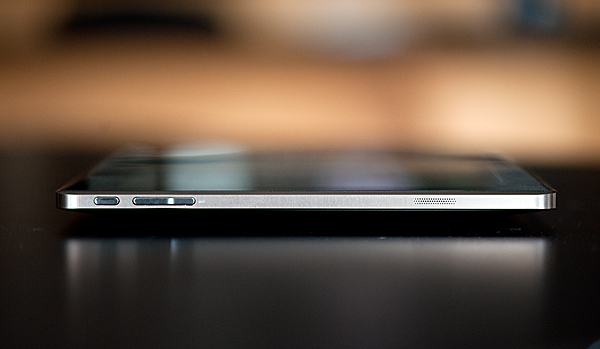 ASUS includes two small speakers, one on either side of the display. A volume rocker and power/lock button are both on the left edge of the Eee Pad. On the right side there's a headphone port, mini HDMI out and microSD slot. 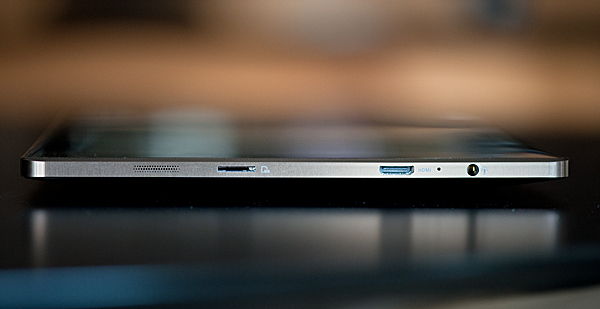 The Eee Pad has two cameras: a 1.2MP front facing camera and a 5MP rear camera. There's no flash present. 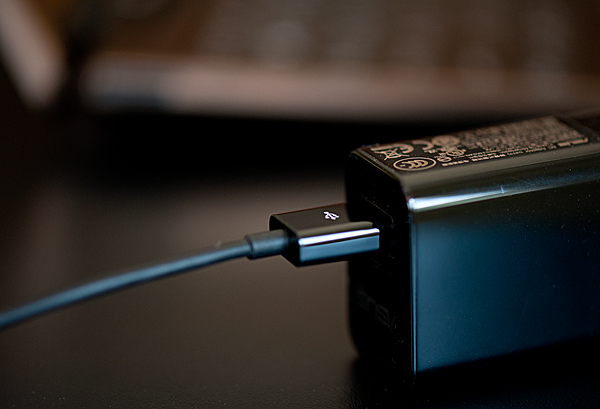 Charging over USB is ill advised at this point since it'll take somewhere over 16 hours to fully charge the Eee Pad over a standard USB port. ASUS claims this will be fixed with a future software update. I didn't have the time to measure exactly how long a full charge over USB would take; I just measured long enough to know it would be a problem.