We had a very interesting package show up at the front door a couple of weeks ago. No, it was not our new supply order from ShamWoW or even that P55/Lynnfield box we recently reviewed. It was a mouse designed and built by a motherboard company. Specifically, it was from Gigabyte and included a keyboard we will discuss later. Of course, there were a couple of motherboards and video cards in the box but our attention was naturally drawn to the new shiny trinket in the tricked out package.

Normally a mouse would not elicit such excitement but since I change mice about as often the US elects a Democratic president one could easily forgive me for being a bit too eager to give this product a through thrashing. Honestly, I had no idea that Gigabyte even offered mice but after checking out their PC peripheral page, I was impressed with the range of products offered. In fact, Gigabyte offers a total of nine mice ranging from an entry level wireless optical mouse to several gaming mice including our GM-M8000 sample. 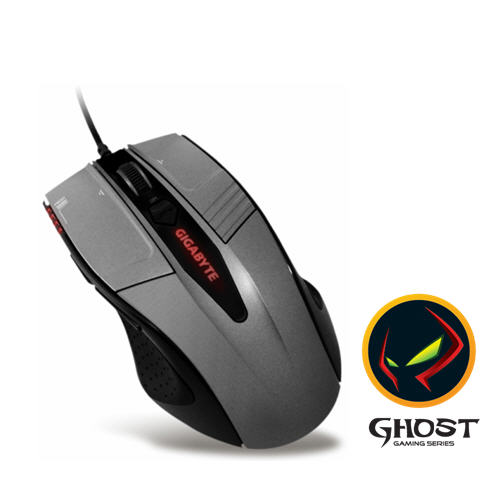 It all sounds impressive; the key is if this mouse actually works as advertised. So, let’s find out if this GHOST is the real thing or just another Casper wannabe.