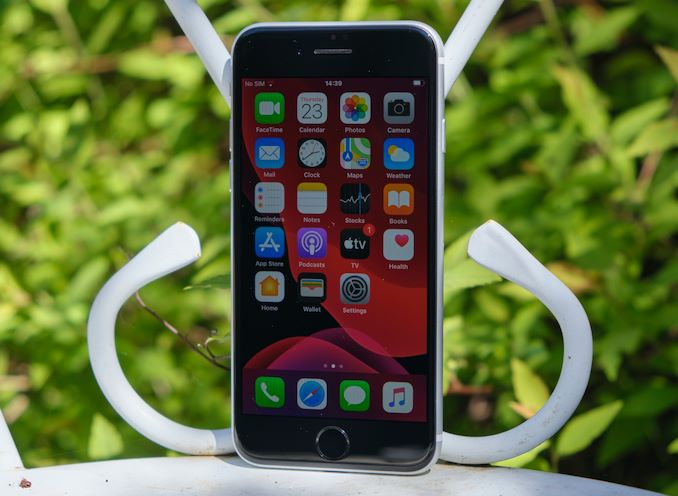 Apple’s latest iPhone SE is being released today, and it’s certainly going to make a big impact on the market, for the simple reason that this is a $399 iPhone. We’ve had the new phone for a mere 24 hours, but we've been able to quickly put the device through its paces, showcasing the biggest differentiating factors for the phone – a device that can be essentially described as an iPhone 8 but with the brains of an iPhone 11.

In that sense, the second-generation iPhone SE is an extremely straightforward device. Externally, there’s very little that exposes it as a 2020 phone, with only the most minute design changes present. Powered by Apple's latest-generation A13 chip however, it’s hiding the strongest internal components in the market right now, easily beating any other device from the competition – at any price point. What’s left to be tested is how the new iPhone SE’s camera holds up, and if there’s any other noticeable differences between it, the iPhone 8, and the iPhone 11 series phones.

Hardware-wise, the iPhone SE is anything but a budget or middle-range phone. Being powered by Apple’s A13 SoC, the company didn't spare any expense by going for a previous generation chipset, and rather used the latest and greatest they had available. What this means is that performance-wise, the new iPhone SE essentially should be on par with the iPhone 11 series – which in turn means that alongside its siblings, the new SE will be the most powerful mobile phone on the market right now.

As to why Apple chose to do this, I think it’s just a simple matter of projected longevity of the phone. Apple might not be producing previous generation A-series chipsets for much longer whereas the iPhone SE is a new product that will need to be supported (and likely to be produced) for several years into the future. Choosing the A13 here might not be the cheapest option at the very beginning of the phone’s lifetime, but it’s certainly going to pay off long-term when it comes to production as well as support.

Apple gives the iPhone SE 3GB of LPDDR4X RAM – one less GB than the iPhone 11 series, but still significantly more than past iterations of iPhones. Other internal component upgrades are the new cellular modem which is on par with the iPhone 11 series, and the new WiFi 6 combo chip that now also provides Bluetooth 5.0 connectivity. 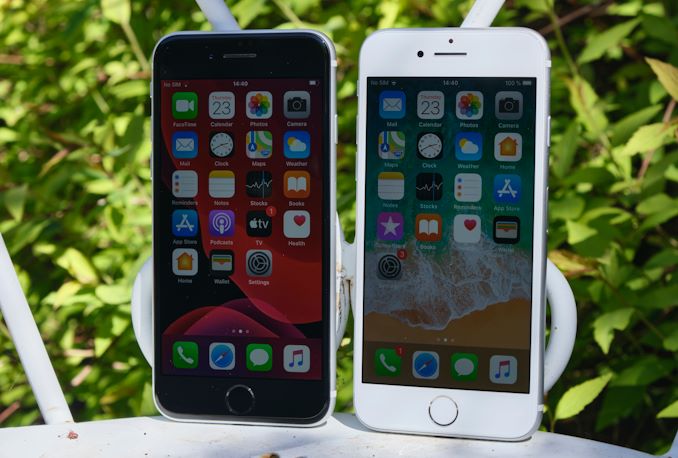 While I generally prefer black front bezels on smartphones, it’s a so-so choice for the iPhone SE. On one hand it focuses you more on the screen content, however the black is also a lot more a finger-print magnet, and I did think the white iPhone 8 looked quite nice as it was. Holding both phones side-by-side, the back front does feel “older” and less modern than the white variant. I guess it’s a matter of preference.

As for the display, the only difference between the 4.7-inch iPhone SE and the iPhone 8’s own 4.7-inch, 1334 x 750 resolution IPS LCD is the fact that the new screen lacks 3D Touch. Instead, Apple is favoring the new long-press haptics that were introduced in the iPhone 11 series. 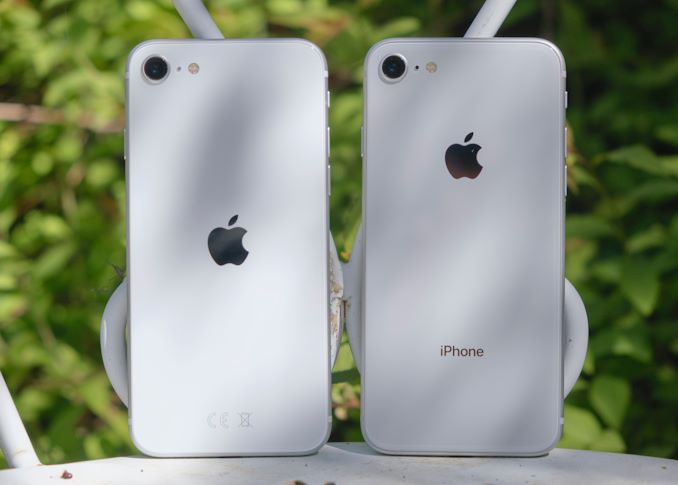 From the back, there’s also some very slight design changes. First of all, the new logo is centered, and the “iPhone” marking is gone, compared to the iPhone 8’s back glass design.

Interestingly, the new white design is actually significantly whiter than the iPhone 8’s white on the back glass, it now matches the brighter tone that was previously found on the front bezels. It does allow the white to pop out a lot more and I do prefer this shade.

The only other minuscule difference between the two phones is the fact that the back microphone and bottom speaker’s black mesh has been replaced with a silver one, more closely matching the white theme of the phone. 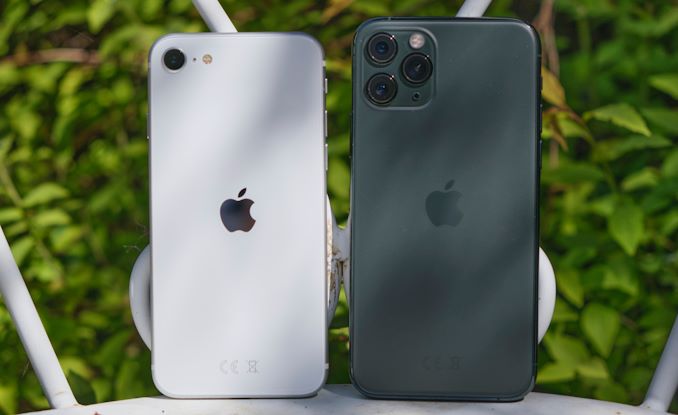 Size-wise, compared to contemporary phones, the iPhone SE has an outright diminutive stature. Compared to the iPhone X/XS/11 Pro body, which for the last two years has been Apple’s smallest form-factor device, the iPhone SE feels tiny, not only in its dimensions, but also in terms of weight.

The weight difference however does come with one big caveat: the iPhone SE shares the same battery as the iPhone 8, meaning it comes in at a tiny 1810mAh. That’s a huge disadvantage compared to the bigger capacities of the new iPhone 11 series phones, but the iPhone SE is also sporting a very small and very efficient display panel. Apple claims battery life is in line with the iPhone 8 – a claim we’ll verify later in the mini-review. 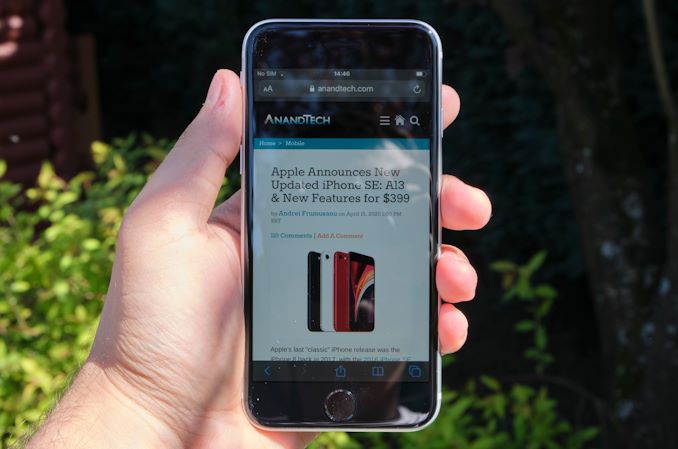 Overall, it’s been refreshing to use a smaller form-factor phone these days. I have no doubts that a very large part of the potential buyers of the iPhone SE will be those that just aren’t willing to switch to the bigger and heftier devices that have become the norm in the last few years. It’s a dying breed of phones, and the iPhone SE here no doubt is catering both for nostalgia and smaller-form-factor market. 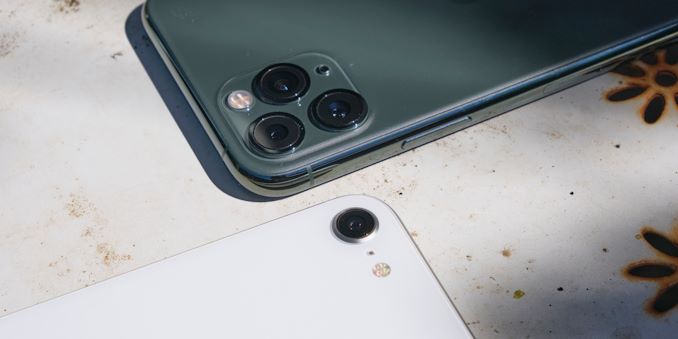 Camera-wise, that’s where we’ll be seeing some quite larger differences between the new iPhone SE and its contemporary siblings. Whilst the A13 and its new ISP will be no doubt upgrading the image processing abilities of the phone, its hardware is still only similar to that of the iPhone 8. Apple here uses the same generation sensor, which means it’s significantly smaller than what’s found on the iPhone 11’s – and of course there’s only one module. We did some quick camera testing and found some differences to the iPhone 8’s capturing ability – some positive but also some negatives, read more in the later section.

Overall, the iPhone SE is taking the physical formula that should be well tested and proven by almost 500 million users out there. It’s certainly not a modern-looking phone, but it remains unique in the market today due to its size and light weight.