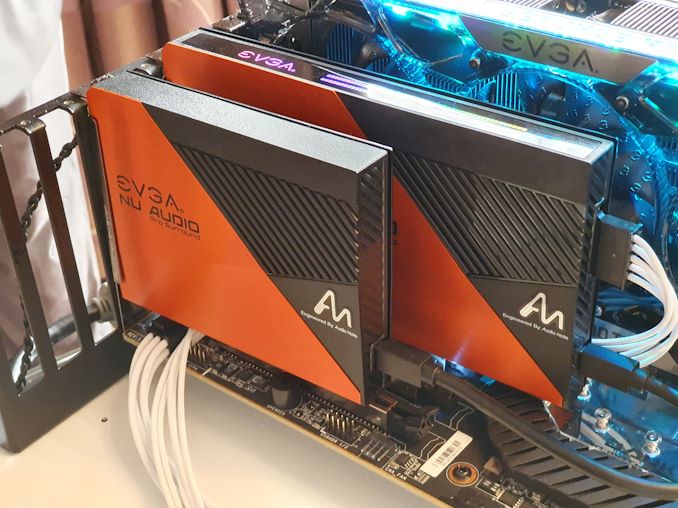 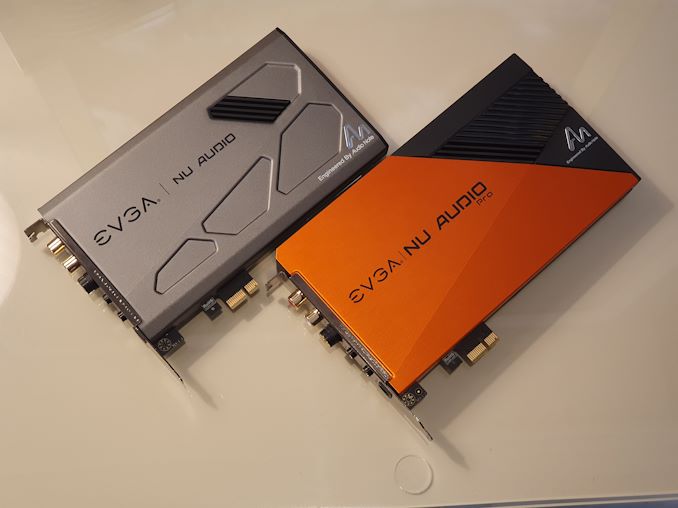 The new Nu Audio Pro improves upon the first generation in terms of component choices; it still contains the same XMOS xCORE-200 DSP accompanied by Asahi Kasei Microdevices’ (AKM) AK4493 DAC, the AKM AK5572 ADC, and the Cirrus Logic CS5346 ADC. But it’s said that the supporting analog components have been improved so the new characteristics of the card are enhanced. 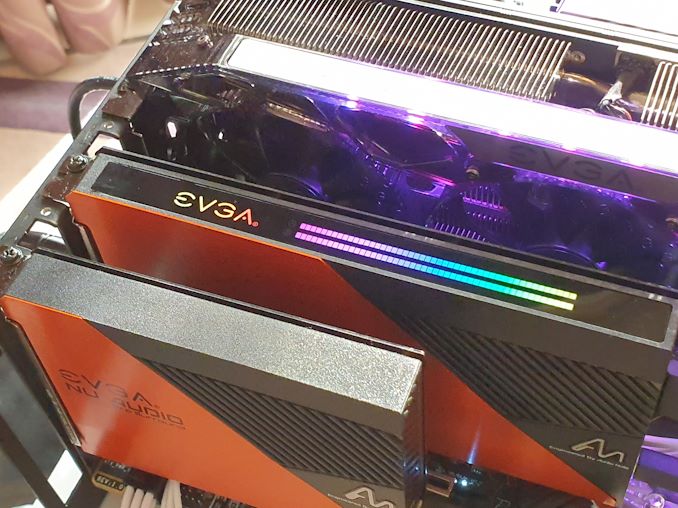 Design-wise, we’re also seeing a refresh as the new card now sports a red-black finish, and it has hopped on the RGB train with side-mounted LED strips that can be animated and synced with audio playback.

The main board is a straightforward replacement to last year’s model and comes at a $199 price tag. 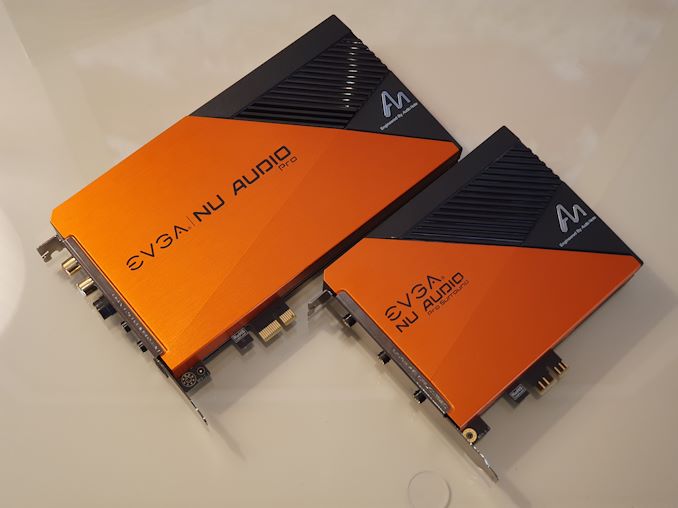 Instead, what’s special for EVGA's audio card this year is the introduction of a second daughter board that allows for 7.1 channel audio playback. The second board has three additional outputs and is fully self-contained in terms of the audio signal generation, including its own DACs. The interface between the card is digital via a repurposed DisplayPort connector between the two boards. The daughterboard’s PCIe connector just serves as grounding as well as structural support – in theory you can have this free-floating instead of having it take up a PCIe slot on your motherboard, but there might be degradations due to possible lesser grounding.

The full Nu Audio Pro kit with the 7.1 add-on card can be had for $299; otherwise the boards are sold separately for $199 and $119 respectively, with availability set in the comings months. Overall, EVGA tells us that they’re continuing to iterate on their designs, and that the company is also investigating the development of an external USB version of the card (The PCIe versions actually use a PCIe to USB bridge internally for connectivity) in the future.