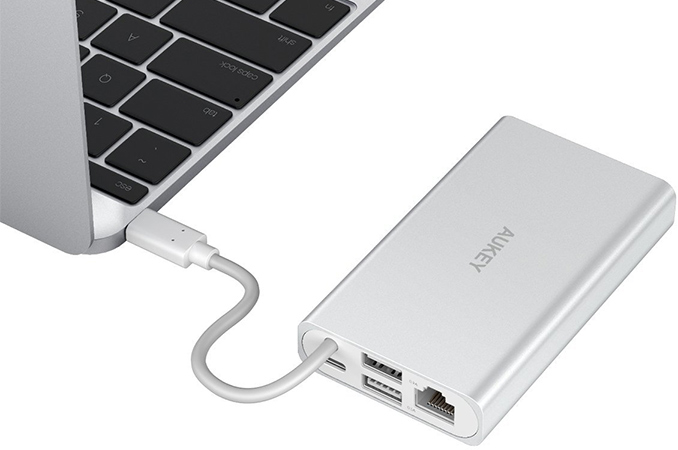 AUKEY has started to sell its latest USB Type-C hub for Apple’s MacBook laptops and other computers that need something more than USB-C and wireless interconnection technologies. The new CB-C55 hub expands the port allocation to provide outputs for displays, projectors, Gigabit Ethernet and traditional USB Type-A devices, along with supporting power delivery input to the main machine.

Modern notebooks are very thin, whereas legacy ports like 8P8C/RJ45 (Ethernet) and D-Sub were designed in the seventies and the eighties when PCs only existed in desktop form-factors. Even more modern ports such as the HDMI port were not designed for ultra-thin laptops. Today, it is either impossible or very complicated to install such ports into ultra-thin notebooks, and the opinion of some OEMs is to combine them into a single USB-C port and require additional dongles. As a result, various dock stations and USB Type-C hubs are gaining popularity because people still need their legacy devices/connections, but want to have the thinnest and lightest devices possible. 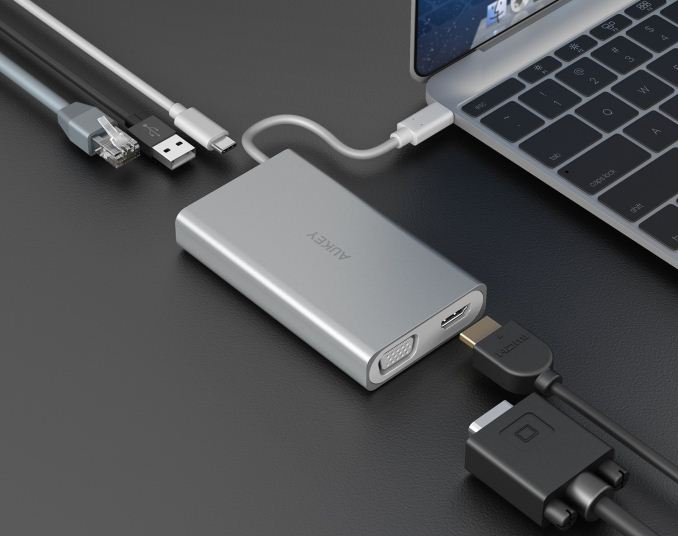 Like many other USB hubs from AUKEY, the CB-C55 has its own power connector and thus can power laptops as well as devices that can be charged using USB ports. The input of the CB-C55 is 5-12 V at 2 A, so, the maximum amount of power it can deliver is about 24 W. Meanwhile, since the CB-C55 only supports USB 3.0 Type-C interconnection, the maximum bandwidth it can provide to other devices is limited to 5 Gbps. 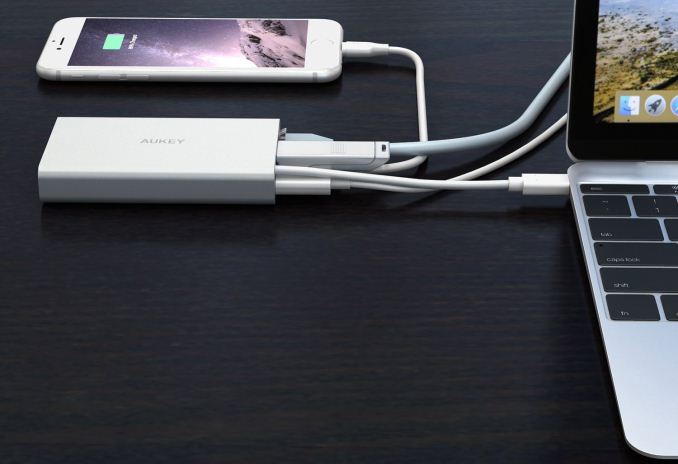 The AUKEY CB-C55 USB-C hub is currently available from Amazon for $99.99, down $30 from the typical price of the product, which is $129.99, according to the retailer. The hub is backed by a two-year warranty.